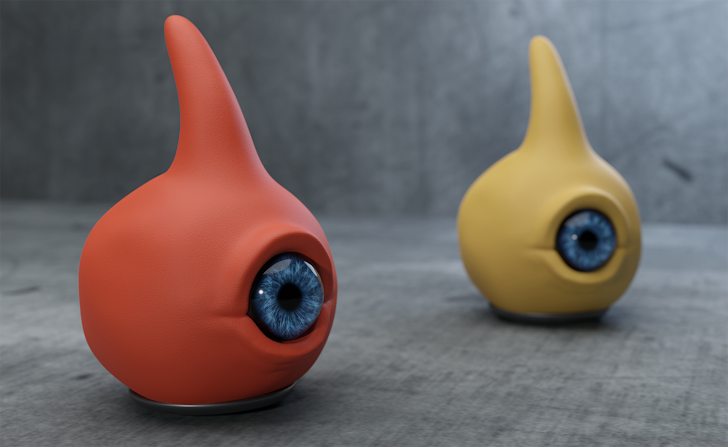 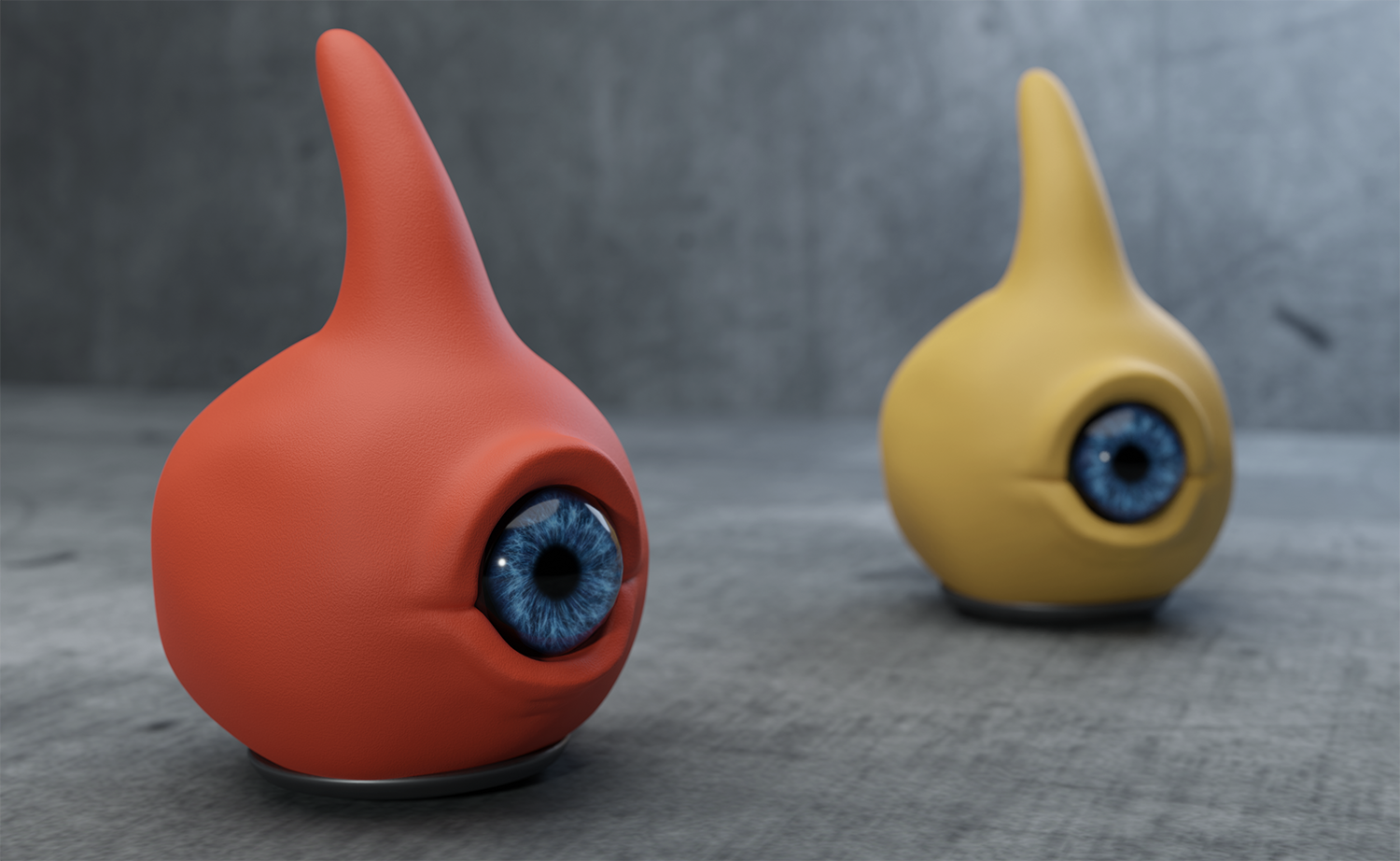 Special Containment Procedures: No special safety procedures are to be taken with SCP-131-A and SCP-131-B. They are free to travel about Site-19 so long as they do not attempt to enter any restricted areas or attempt to leave the facility. Casual contact with the subjects is permitted, but it is recommended that such contact be kept to a minimum to prevent the creatures from forming an attachment to personnel. Hourly tabs are to be kept on subjects at all times; failure to account for their presence at these times constitutes a level one lockdown situation. Any report of abuse or mistreatment of the subjects will result in a harsh reprimand.

Description: SCP-131-A and SCP-131-B (affectionately nicknamed the "Eye Pods" by personnel) are a pair of teardrop-shaped creatures roughly 30 cm (1 ft) in height, with a single blue eye in the middle of their bodies. SCP-131-A is burnt orange in color while SCP-131-B is mustard yellow. At the base of each creature is a wheel-like protrusion which allows for locomotion, suggesting that the creatures may be biomechanical in origin. The subjects can move surprisingly fast, covering over 60 m (200 ft) in a matter of seconds. The subjects, however, lack a braking system, which has led to some rather spectacular, if not overly amusing, mishaps involving the creatures. The subjects have also shown the ability to climb sheer surfaces, and have gotten lost in the air vents on more than one occasion.

The subjects seem to have the intelligence of common house cats and are insatiably curious. Most of the time they simply roll around the facility, observing personnel at work and catching peeks at other Safe class SCPs. The subjects seem to be able to communicate with each other via an untranslatable high-pitched babbling. The subjects have never been observed to blink, even in laboratories when the subjects have been videotaped for over 18 consecutive hours.

The subjects seem to respond well to any affection given to them and will quickly bond to the giver of said affection, much in the same way a puppy bonds with a human being. They will follow anyone or anything they've made a bond with anywhere, even into normally restricted areas. Although curious, the subjects can sense danger in their general vicinity, and if the object of their bond begins to approach something they register as dangerous (e.g., Euclid or Keter class objects) they will swarm around their bonded companion's feet (or appropriate extremities) while babbling in a panicked tone, as if to warn them. Because of the daily dangers faced by Site-19 staff in dealing with Euclid and Keter class objects, it is recommended that staff avoid making attempts to bond with the subjects, as it can pose a distraction during delicate operations and experiments and may pose a danger to the subjects themselves (see Addendum 131-1). If the subjects are ignored by their bonded target long enough, they will eventually lose interest and return to their normal activities.

It should be noted that the subjects require no real care or maintenance from the site staff. They do not eat, leave droppings, or even sleep. It would seem that the only sustenance they require is visual stimulation (although this requires further study to verify).

Subjects SCP-131-A and SCP-131-B were found in a cornfield outside ████████████ in the year 19██. They were promptly transported to Site-19 via [DATA EXPUNGED] and were then downgraded to Safe class and given free rein across the site once it became clear they were not broadcasting what they saw to any hostile foreign powers.

Addendum 131-1: During an incident that took place on ██/██/████, the subjects followed one of the cleaning staff on routine cleaning of the container of SCP-173. After their normal attempts to warn the cleaner of the danger were ignored, the creatures rushed into the container in front of him and the other two personnel on duty. Once inside, the staff members observed the subjects sitting in front of SCP-173 and watching it intently, as if aware that it could only move if unobserved. The cleaners ignored the presence of the subjects and continued with the bi-weekly cleaning as per standard procedures. When the cleaning crew left, the subjects did as well, rolling backward slowly and never taking their eyes off of SCP-173. Current applications of SCP-131-A and SCP-131-B as "wardens" for SCP-173 (and perhaps other SCP which require constant observation, such as SCP-689) are being considered.